This isn’t a review of the movie Nacho Libre (2006), a film you either love or hate, depending how in touch you are with your inner teenage boy. However the film and its star Jack Black did much to bring Lucha Libre to the attention of the world outside Mexico and North America. 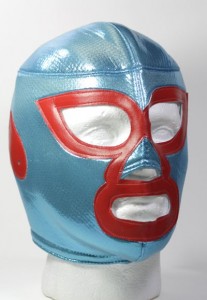 Mask for Nacho from the movie Nacho Libre

The film’s plot is (very) loosely based on the real life story of a Mexican catholic priest who as his alter ego Fray Tormenta had a 23 year career as a luchador, to raise money for his orphanage. Jack Black’s character, Ignacio the priest, similarly fights incognito as Nacho (it’s not a film known for its subtly).

His hero-turned-nemesis is Ramses, a champion luchador. All comes good in the end for our hero but not before he is humiliated and unmasked by the bad guy, Ramses. 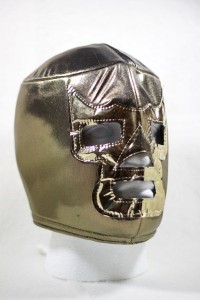 The mask of luchador Ramses

In the real world of lucha libre Ramses is played by César Cuauhtémoc González Barrón, better known as Silver King. Like many luchadors he comes from a family of masked wrestlers, his father was Dr Wagner, his brother is Dr Wagner Jr. In 1987 Silver King was unmasked by El Hijo del Santo and his identity revealed. González continued to wrestle under different masks, then in a break with tradition in 2007 returned, remasked as Silver King.

The 2006 film Nacho Libre has made Mexican wrestling familiar to teenage boys of all ages and, behind Jack Black’s anarchy, gave us a taste of the phenomenon of lucha libre, the luchadores (the wrestlers) and the masks they wear.

Each of Caoba’s reproduction masks has a professional wrestling personality behind it (pun intended). 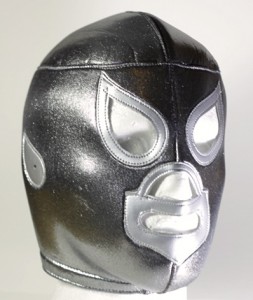 The silver mask of El Santo

The masks are a key feature of the Wrestler’s personality and never removed during a bout. Some luchadores remain masked in public at all times; one of the greatest, El Santo was buried wearing his famous silver mask, having removed it only briefly during a TV appearance just before his death in 1984.

El Santo is a true legend of the Mexican wrestling world. A champion in the ring and a movie superhero appearing in over 50 films; he became a Mexican folk hero and icon, immortalised in film and song. His wrestling legacy continues in his son El Hijo del Santo, who became a professional wrestler in 1982. 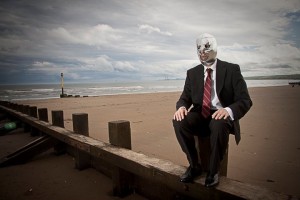 Since debuting in the WWE over a decade ago, Rey Mysterio has had some of the most exciting and entertaining matches in history thanks to to his high-flying style inside the squared circle. From Undertaker to Alberto Del Rio, Mysterio has faced them all, except a few rising stars here and there.

Even some Superstars that he has already locked up with, they had such good matches with Mysterio that I wouldn’t mind seeing them once again. Mysterio is still in relative shape, so I’m confident that he can still deliver at the same pace he used to.

However, his numerous nagging injuries have since caught up with him. The Ultimate Underdog has undergone surgery quite a few times in recent years, which kept from actively competing in the ring for lengthy periods of time.

As his in-ring career slowly starts to wind down, there’s still a handful of competitors that I’m truly hoping he squares off with before he hangs it up for good. Mysterio has the ability to create chemistry with whoever his opponent may be, so these highly anticipated seven matches would be nothing short of amazing. 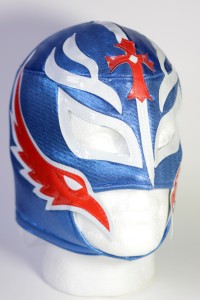