Watching the World Cup is hungry work. The Caoba team sustain themselves with chillies all year round of course, but during intensive tv-watching sessions it is important to have food to hand without having to break screen/eye contact. Last night’s Mexico v Brazil match was one of those moments. Luckily our Caoba Chilli Wrap, prepared just before kick-off, fended off the hunger pangs as effectively as Guillermo Ochoa fended off that Brazillian header. 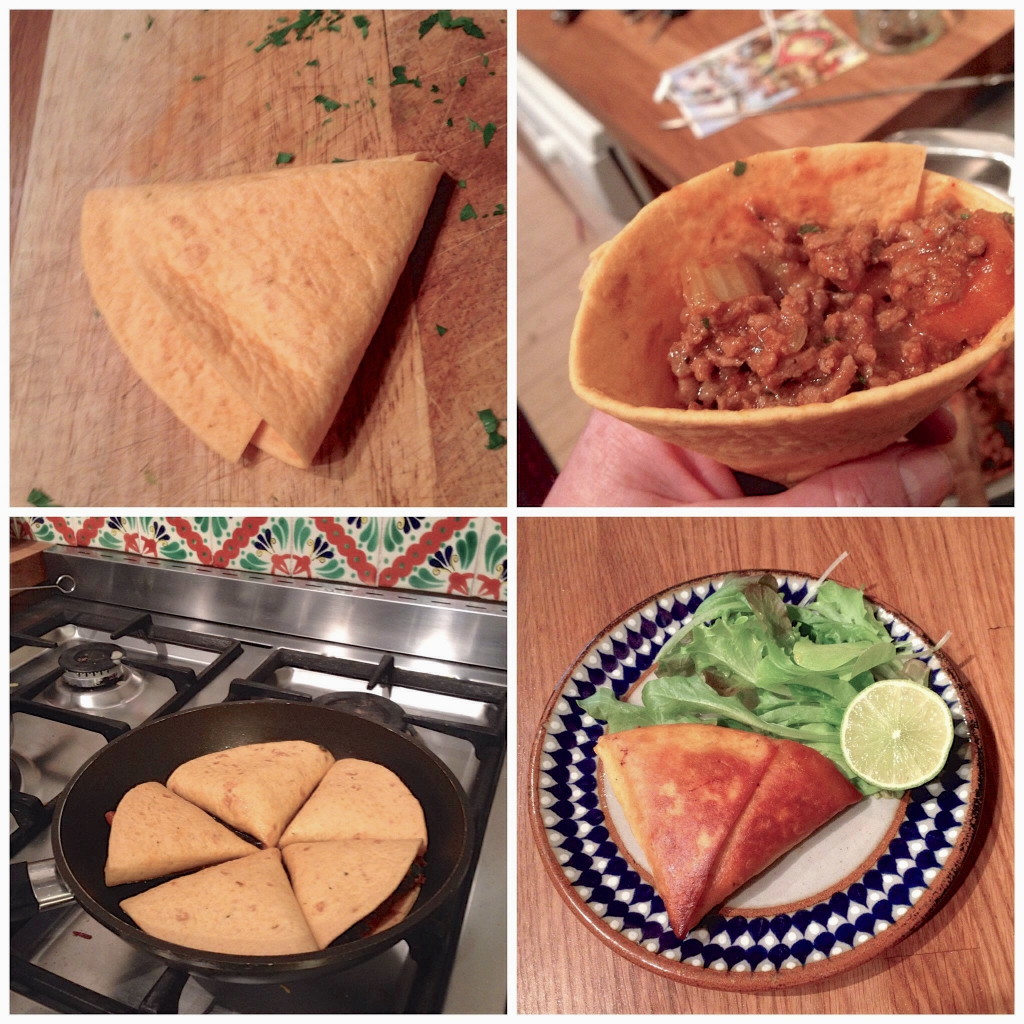 1. Make a chilli: steak mince, chopped onion, garlic, tinned tomatoes, chipotle chillies, hot paprika, ground cumin, a tiny touch of cinnamon, oregano, salt and pepper. Cook about 1 hour.
2. Cut corn or flour wraps in half and fold into a pocket. Fill with the warm chilli mix.
3. Heat 2 tablespoons of oil in a frying pan and place the wraps with the seam facing down in for a few minutes each side until they are golden brown.
4. Serve with salad, avocado, sour cream, and a squeeze of fresh lime. And a cold beer.